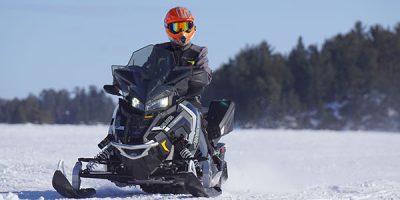 It was Yamaha that introduced us to electronic throttle a few seasons back, and the features that it makes possible. Cruise control is probably the biggest draw. Yamaha’s Cruise Assist enables the driver to lock in any speed with the push of a button, and then simply squeeze the throttle to maintain it. Speed doesn’t fluctuate, your trigger finger doesn’t grow weary on extended rides, and tasks like towing become far more enjoyable for the parties at both ends of the towrope.

Yamaha’s Cruise Assist is a welcome feature on the FX SHO.

Release the throttle and the system disengages, returning control to the driver. Fine-tuning the speed is a matter of bumping up/down arrows on the handlebar; you can increase or decrease speed roughly five miles an hour up and down from your set cruising speed.

Yamaha has increased prices for 2010, bumping up the price recently of the Cruiser and the non-Cruiser FX SHO. There is about a $600 increase on both models. But then again, when you’ve got a consumer favorite, that kind of increase is easier to sell.

Need A Local Mover? Men On The Move the professional movers in Southeast Michigan will give you a no hassel Free Quote!
Visit: MichiganMovers.com

Looking for Motorcycles in Michigan

Free Motorcycle Appraisals and ATV Appraisals. and we pay cash for motorcycles and cash for ATVs.